Does it Really have an Impact?

Ever wonder if classical music is really that beneficial to children in their formative years?

Does this type of music really have the ability to lower blood pressure and calm people down?

Check out the following... Science experiments have been performed which, simply put, prove it may be true.

In 1997 a 17 year old high school student named David Merrell from Suffolf Virginia won the highest honors at both the regional and state science fairs.

What was his science project? Exposing mice to music. He started with three groups of mice. Each mouse in each group was put through a maze, to determine that the median time for a mouse to navigate the maze was 10 minutes.

And now for the interesting part…

Two of the groups were exposed to music 10 hours a day for three weeks. The third group (the control group – all good science experiments must have one) listened to no music at all. The music he chose? Classical music via Mozart for one group and Rock music via Anthrax for the other.

Another interesting fact of this experiment is that he tried the same experiment the year before, but did not contain each mouse in an individual space. Each group of mice was housed together. The Rock music mice actually killed each other off, and the experiment came to a grinding halt.

Other experiments have been done using plants with similar results. Plants exposed to music via Bach would grow quite lush and full with deep roots, while the same plants later exposed to Rock music would wither and die.

The most interesting aspect of the plant experiments is that future seeds of the plants exposed to classical music carried the same traits. Those plants had fuller leaves and stronger roots, showing that exposure to music had changed the plants chromosomes.

So, the real question is, why does this type of music have such an impact on humans?

Scientists believe it’s because most classical music is timed at sixty beats per minute, which just happens to be the normal resting heart rate of an average person. This is why it has the ability to help your muscles relax, and bring your pulse and blood pressure down.

Try playing Mozart or Bach in the background in your home daycare. You may well find you have a calmer, more attentive daycare group. 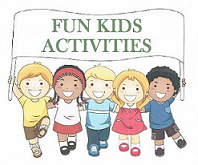